“I can’t breathe” by George Floyd.

Three days ago, on the news on France Info, I see the images and listen to the comments about the health situation in India, in New Delhi. There is this man, probably in his thirties, on the ground, in sadness, in despair. He announces that he has just lost his brother, there, in front of the hospital, which could not receive him. We also see this young man, in front of an ambulance in which his mother is lying, holding the oxygen tank that is keeping her alive and announcing that she has only one hour of oxygen left. He says he is very worried, he has been to all the hospitals, none of which can provide him with another cylinder.

Last night, again, a report on the dramas that are played out in India, but also in Mexico. A woman in her forties says clearly “I can’t breathe”. She is outside a hospital, on the street, in a queue.

The image comes to me of our planet, which can no longer breathe.

Whether it’s because of violence, social or economic, or because of a pandemic, humans are experiencing not being able to breathe. Film someone suffocating. Broadcasting these images. Seeing these images from your couch and realizing your powerlessness.

What I know is that I can help create oxygen on earth, by engaging in ecology, resilience, human cooperation. I want to do this so that in a few years’ time I don’t see humans being filmed because they can’t breathe because we haven’t done anything to make the air breathable.

Our primary food, air, is precious. 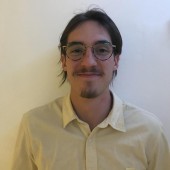 The resignation of Nicolas Hulot is an invitation to change course

Michael Moore Presents: Planet of the Humans on Earth Day 2020

Why do we need Unconditional Basic Income?